One of the things that I’m proudest of as a parent has been instilling a strong sense of history in my son. A couple weeks ago we took a late night history stroll through some of the memorials in the District.

The above picture of my son looking up at the Emancipation Proclamation serves as a metaphor for so many things… The one thing that I always try to convey to my son about history is that often we try to sanitize the faults and shortcomings of historical figures and its always been my believe that this diminishes them and shortchanges the historical process in a sense. 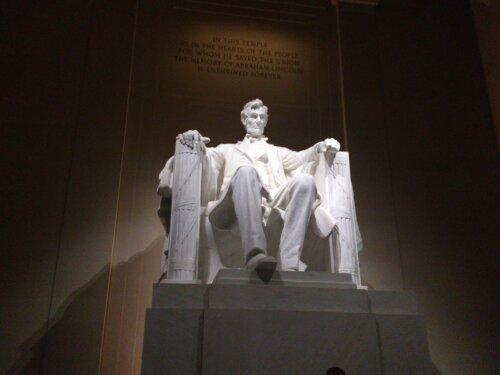 This picture of my son looking up at the King Memorial spoke volumes to me, being the history nerd that I am, I was kicking myself that it took me nearly a year to get out to the King Memorial.

But… Better late than never. The World War I memorial is often called the forgotten memorial. As I stared at it, my son and I discussed how many movies were made about this war versus other conflicts. For the life of me I can’t understand why people prefer reality TV to history…