The silence would be shattered with a booming proclamation of…

There would be a faint echo of sorts before he would summarily vanish as quickly as he came.

It would often come when I least expected it, I likened it to 10,000 volts of electricity surging through my body, as it would always unnerve me regardless of how many times it was repeated.

I often pondered, why did he have to shout?

It is the passage of couple of decades that has equipped me with the audacity to think that I have figured it out, but I think that I do now.

Shouting “YOU’VE GOT IT MADE!” at what seemed to be the top of his lungs was a ritual of sorts that my Father employed in concert with my brothers during our childhood, if we were engrossed in an activity that left us distracted he would pounce, with this reminder of sorts.

I’m realizing now that he had to shout, so that he could break through the static that I’ve encountered of “can’t, don’t feel like, too hard, don’t wanna, not now maybe later” because the act of taking life for granted is toxic.

Realizing that we do have it made and doing something with the opportunities that the realization affords us, is priceless. 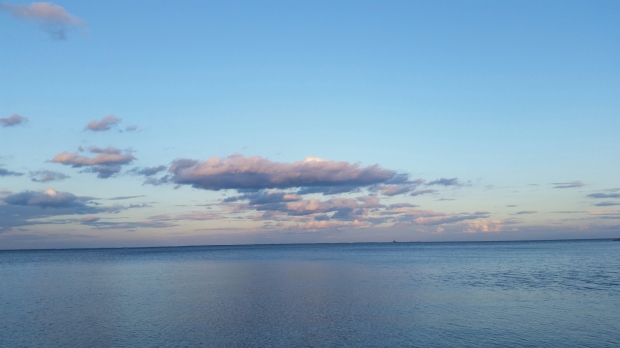 He shouted then so that I can listen with clarity today.