I’ve often made mention of the high esteem that I hold my late paternal Grandmother and my Great Aunt in. I have the distinction of them serving as my Guardian Angels and my muses – as they consistently provide me an inexhaustible source of inspiration, guidance and if that wasn’t enough, ensuring that I survived what should have been a tragic car accident,  one that I emerged relatively unscathed from.

I often feel their presence and when it happens it is always something that moves me from the spectrum of lowest low to that of the highest high. Recently, I injured my right leg and I went through a period of low, as I was unable to embark on my weekly bike rides through the confines of Baltimore and the surrounding parks.

These bike rides serve a higher purpose than mere exercise – as my mind and creative juices often move faster than the bike as I make my way through traffic  and into the uninfected confines of nature. Admittedly, it was a prison of sorts that I struggled to find my place in. 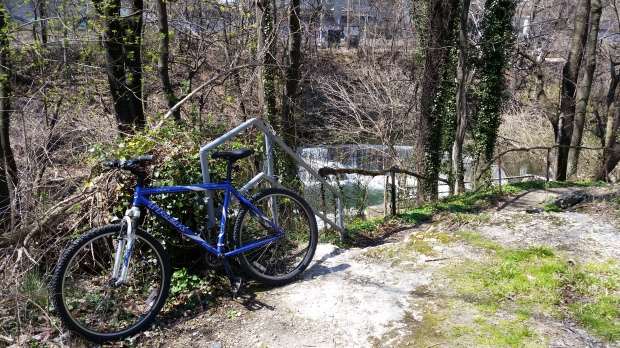 At the time of this writing I’ve been sidelined for about 2 months.

During this time I’ve had to find ways to live with differing levels of discomfort that reduced my leg to an useless appendage of sorts.

Early on in the process I found relief in augmenting my walk to a gait that was eerily similar to Grady from Sanford and Son. I liked Grady but I never endeavored to walk like him, getting  accustomed to a steady diet of Advil to deal with the pain was the norm until I made that fateful visit to an orthopedic doctor, where they miraculously figured out what it was that had made me a shell of myself.

I’m at 90% and I intend to resume my diet of bike riding, but the strangest thing happened one day in therapy. I recalled something that my Aunt  would say when “we children” would get too rambunctious…

“Sit your rump down somewhere.”

Lesson learned: I had to lose something to gain a greater appreciation for it and it was nothing short of humbling and now that I am near the end of my therapy tunnel I will savor it more than I did previously.