I can hear laughter, the byproduct of rambunctious play from my friends wafting in through the windows like it was yesterday.

During the summer months you gave me writing assignments that I had to submit before you left for work.

While my friends were outside having fun, I was surrounded by encylopedia’s, Reader’s Digest and dictionaries in the corner of the living room, trying to figure out how to use words like “recalcitrant” in a sentence.

At the time, you told me that I would understand when I got older.

You said that the world was an ugly place and I would need words to make sense of it.

I have to admit, I didn’t believe you at the time.

Actually, I was convinced that you had it out for me.

You hit the nail on the head Daddy.

I am 4 decades and some change into my journey on this planet and much of what you instilled in me has come to pass.

You told me that there would be times in my life where I would be misunderstood, but in those instances words would always bring everything into focus.

You would often bellow…

“Keep your nose in a book!”

“Sometimes you have to learn the hard way!”

Maybe it was a self fulfilling prophecy that you had of me becoming a writer.

You told me to chase perfection with the understanding that I would never catch it, but the chase would help me to become a better person than I was at the outset.

This journey of mine has been a long, winding path and I thank God for you.

I gave you a run for the money and many people thought that I wouldn’t make it.

I remember sitting next to you when one of my high school teachers told us:

“Tuh! Graduate from high school? It’ll take Shun 5 years if he ever graduates at all!”

When my eyes welled up with tears, you told me to save them and use that energy to make her eat those words…

And I graduate I did in 4 years and off to college I went.

Your belief in me that day was redemptive and it changed me, indelibly.

You told me to get this class ring to remember what I did, when people doubted me.

I’ve had people in my circle who didn’t have…

The power.
The influence.

I never wanted to disappoint you.

As you often held me in a regard that I often felt unworthy of.

When I began to lose friends to the specter of gangs, the drug trade and delinquency.

I thought of you – and steered clear of the minefield. 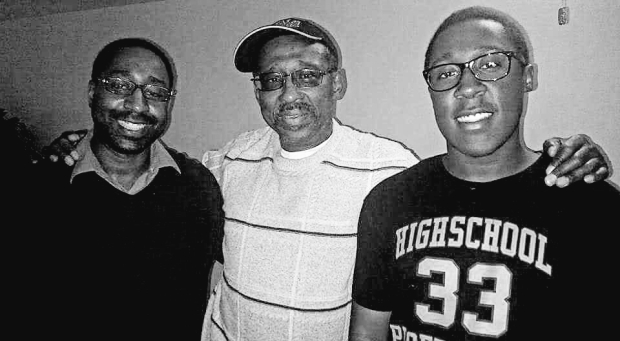 When I was promoted to Father – I came to the understanding that being a Father is the highest rank that I could ever hope to be on the receiving end of.

You’ve often echoed this sentiment to me over the years.

And it is my fervent hope that I have served as your redemption in some way, shape or form.

On this Father’s Day, I tender to you these words – this mandate that you once gave me.

With the understanding that it cannot be ensnared, but knowing that the pursuit of it will ultimately make you better person.

I love you Daddy,