Disclaimer… I am humbly pounding out my take on the Phil Robertson controversy on the keyboard with the expectation that this will be one of the shortest things that I have ever written. Let’s see how this goes… 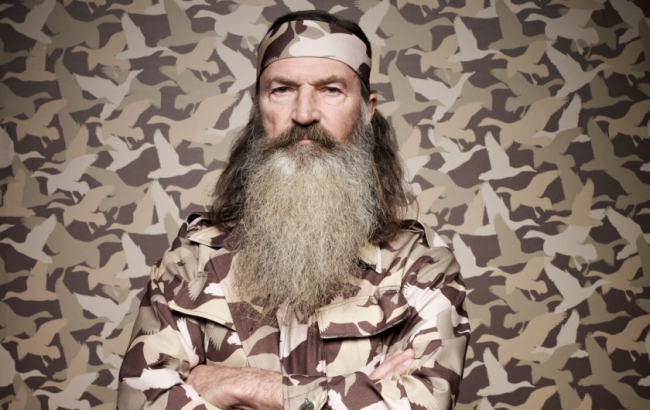 I don’t profess to understand the appeal behind the Duck Dynasty phenomenon. Personally, I abhor Reality TV, it is my contention that it is mind numbing, contrived programming designed to make gray brain matter that could be better used towards loftier goals atrophy into something utterly useless. But, that’s just me… My programming of choice typically resides on the History or Discovery channels. When my family tunes in to Duck Dynasty, I always make a beeline in the opposite question.

I did have the opportunity to read the GQ article in its entirety and the backlash from his commentary is expected, especially when you consider his thought process on people who imbibe too many alcoholic beverages; African-Americans, gay people and adulterers, which includes those people who have gone through a divorce.

I liken Mr. Robertson to the Archie Bunker character on the iconic TV series “All in the Family” where Archie, the patriarch of the family who was unquestionably a bigot, but undeniably he was a lovable bigot. He was a guy with a big heart that spoke first and thought about it much later, if at all.

Archie Bunker was memorable because in spite of his rude demeanor and extremely bigoted beliefs, because it was obvious that he was a product of his times and that he didn’t know any better. It was his ignorance of the bigger picture that led to shock and when this wore off laughter ensued, which then lead to engagement and eventually dialogue. It is dialogue, the kind that is open ended and organic that enables people to bridge gaps that were previously thought to be impassable.

The outcry from many that scream that the 1st amendment rights of Mr. Robertson have been violated rival in the hilarity of Robertson’s commentary about the offended groups in the GQ article. Sadly, many people who should know better aren’t privy to the confines of the 1st  amendment which states that “Congress shall make no law respecting an establishment of religion, or prohibiting the free exercise thereof; or abridging the freedom of speech, or of the press; or the right of the people peaceably to assemble, and to petition the Government for a redress of grievances” in short this means that Mr. Robertson can wax poetic about whatever he believes and that he cannot be imprisoned for enunciating it. However, this does not guarantee a right not to be suspended from his $200,000 an episode Reality TV show.

This situation presented what I often tell the young men in my Boy Scout Troop as a “teachable moment” instead of isolating Mr. Robertson, perhaps he should be extended some of that good Christian forgiveness that he often alludes to. Maybe he doesn’t know that Gay people aren’t consumed with sex, that divorce isn’t a one way ticket to the eternal furnace and that African-American’s during the Civil Rights era weren’t consumed with singing the problems of the day away.

But, this is his reality as he has come to believe it, but reality doesn’t always translate into truth. Shouldn’t it be incumbent on people to inform rather than condemn? Because last time I checked condemnation never taught anyone anything other than making them dig in their heels.

I value my relationship with God and I can honestly say that the grace that has been extended to me as been far greater than anything that I am deserving of, but far be it for me to dictate or cast stones at others who don’t fit into my prism.

Why should we begrudge anyone for being Gay, a member of the “so called” minority groups, divorced and the like, especially when there are so many issues that call for resolution in our own lives? I don’t consider myself a theologian, but I believe that Jesus said it best when he told the mob “that whoever is without sin cast the first stone” or shut your pie hole (italics mine).

There is an old adage that I’ll paraphrase that says “If you want to change the world, start with yourself” what a novel idea!